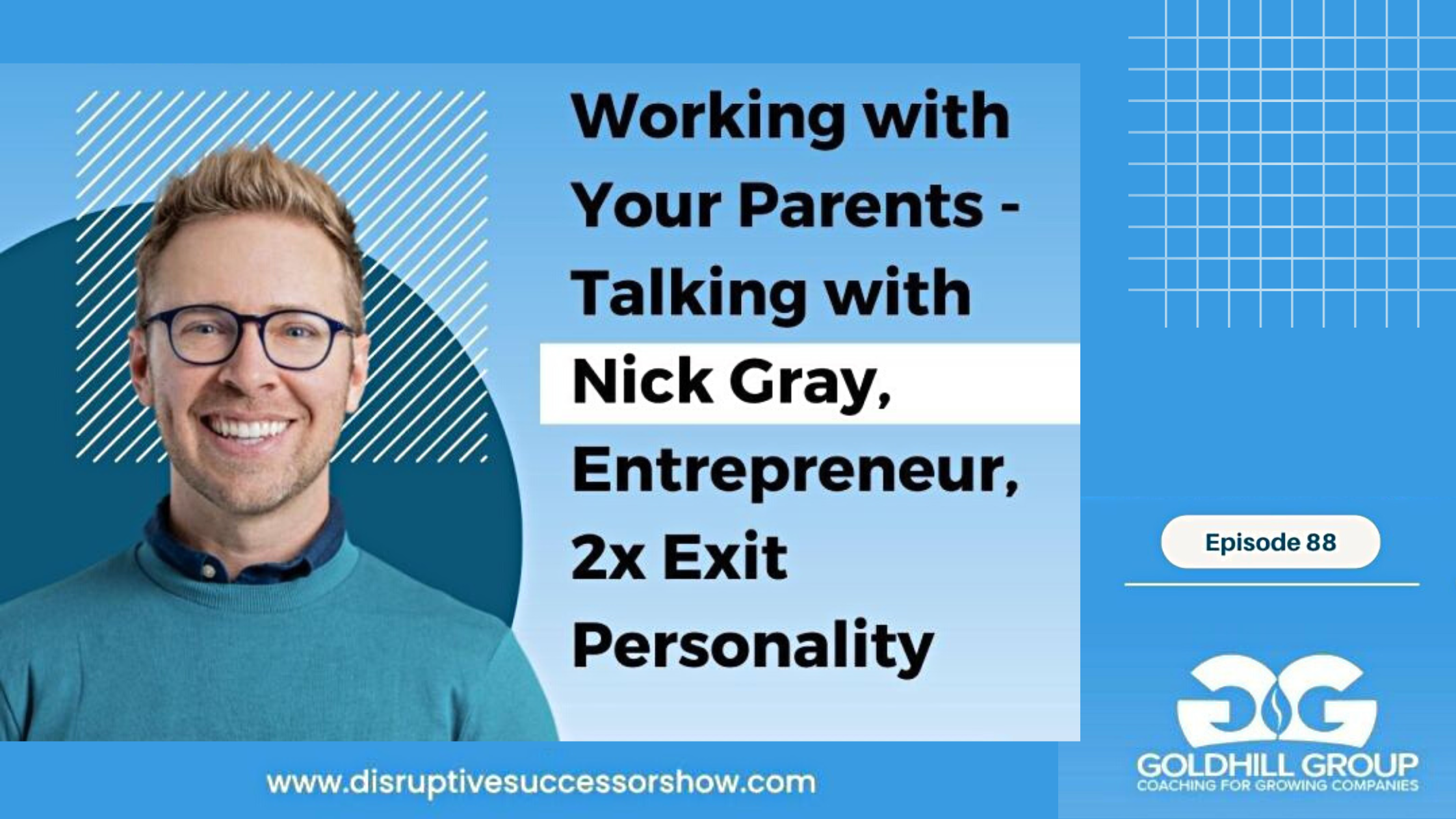 Working with your parents can be complicated. The issues and benefits are something that all family business owners will encounter. Children often start their first job inside the family business.

I recently had a guest on Disruptive Successor Podcast who helped to grow his family business while working with his parents. He later started and sold his own company. In this article, we’ll outline some of his lessons and learnings from these experiences.

Nick is the author of The 2-Hour Cocktail Party, a step-by-step handbook that teaches you how to build big relationships by hosting small gatherings. Over 75,000 people have watched his TEDx talk about why he hates most museums.

Nick joined his family business after college. His father was starting Flight Display Systems (now called FDS Avionics) from the basement of their family home in North Georgia. The company manufactured aircraft electronic equipment for private jets and military aircraft.

At the beginning, Gray and his family were a small team: there was only 1 other full-time employee. Gray discussed on my show about how each member of the family had their own management department.

Having these different departments allowed each family member to maintain a sense of autonomy and control. It felt like a collection of little businesses inside one family empire.

These are some of the key lessons that Nick and I spoke about on our podcast interview. Nick worked for his parents after college to help grow Flight Display Systems and launch it from the basement of their North Georgia house to more than 70 employees. They would later sell it to a private equity firm in 2014.

Nick began working with his parents as a trial. He came home after a failed startup experience in India and thought that he would help his parents for just a couple of weeks.

“If you would’ve asked me in college, if I ever wanted to work for my parents, I would have probably said no!” Nick said. “But since it started out as just a couple of weeks, and then that turned into a couple of months, and eventually in a couple of years, it was an easier pill for me to swallow.”

Nick told me that he found a lot of value and reward and personal satisfaction from helping in the family business. He enjoyed doing small things that made a big difference for his parents.

In a family business, there are no “off” days. You may be in a situation where you are receiving customer support or sales calls late into the night, or even on the weekends.

This really happened with Nick and his parents when they were running Flight Display Systems.

“I remember being at dinner one night and we got a tech support call. There was no doubt in our mind that our family conversation would be interrupted because sales and support came first,” Nick said.

Be sure to leave time away from the business for the family members, so that you can connect on a personal level.

It can be hard to listen and learn from your parents in the family business. Nick started to work with an Executive Coach in order to hone some of his leadership skills.

“I found benefits in working with an executive coach. He was able to point things out to me that were hard to hear from my parents. Having an outside perspective or an unbiased third party was extremely helpful,” said Nick.

He started working with a performance coach after they did a 360 performance review that gave some very candid feedback from the employees on how Nick interacted with them in the workplace.

Running a family business can be lonely. You may not be friends outside of work with all of your employees. Not everyone can understand the trials and tribulations that you go through, running a business with employees and payroll and bills, and managing all of your expenses.

You might consider starting your own mastermind group. Maybe you want to host a dinner party. Nick suggests that you can host a simple happy hour or cocktail party in order to bring your friends, neighbors, colleagues, and fellow business owners together.

Working with your parents isn’t always easy. There can be disputes, disagreements, and even conflicts of interest. But the benefits for Nick far outweighed any challenges.

“I’m so thankful for the chance to work with my parents,” Gray said. “It brought us closer together and built a deeper relationship than I think we’d ever imagined was possible. I also learned so much about business extremely quickly and in a way that I never would have in the traditional corporate world.” 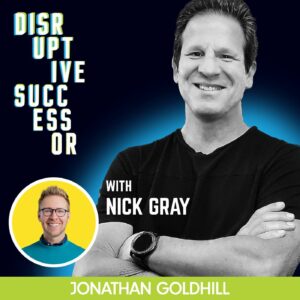 How to Plan A Networking Event

How To Host a Happy Hour Event