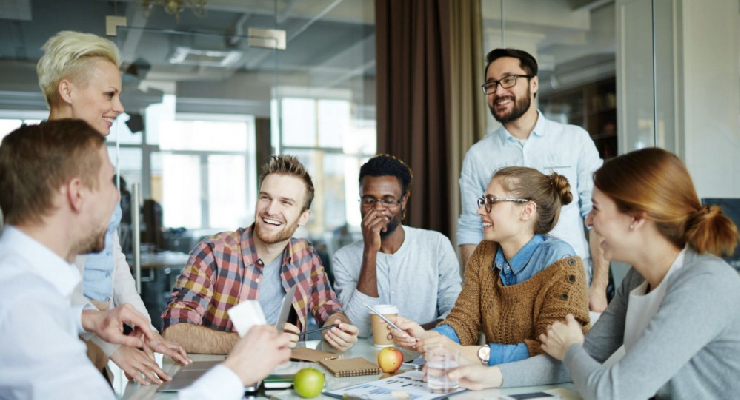 When we left off, the Markson Family Construction Company (read Story Part 1) family dynamics was in a bit of a pickle. The patriarch of the company was in poor health and had stepped back from the day-to-day. The expectation was that his three sons would share equally in running the family business.

Lacking leadership and oversight, the personalities of the three working Markson sons overshadow just about everything they do. The brothers do their best to get through each day without killing each other or walking away, but if they do not alter their approach, the outcome is not going to be a good one.

As owners, family, and employees, the three Markson brothers share the same role. On the Three Circles Model, they all live at the very core of the business—the center of the diagram—and it’s not working. No blood is not flowing to the other segments of the circles, and the company is suffering because of it.

What the Three Circle Model tells us is that if any one circle is in conflict, it will bring down the rest. Progress and development will stall out, and the whole system will collapse. This is where the Markson family business stands, right now.

1. The Founder: Having retired, Markson Sr. is removed from the middle section of the model. He is family and owner but no longer an employee. He does not have the same influence over the rest of the operation that he once did, although his presence is still felt.

2. The Mother: She is family, she does not work for the company, and she is not an owner, per se, but she does have influence. Despite the raging conflict, the brothers experience each day, Mrs. Markson manages to keep them from imploding completely. According to her, the family business is riding on the three boys carrying out their father’s wishes. The sons do their best to keep from her what is really going on.

3. Non-Family Employees. They are used to constant conflict. As a result, they do not communicate well with any of the Markson family. Details are missed, timelines are overshot, projects are not managed efficiently. There is a definite lack of engagement and accountability.

How Could This Situation Have Been Different?

While Markson was in his prime, he ran a tight ship. Eric was his right-hand for many years, but the boy was always under his thumb and rarely allowed to think for himself. To keep Eric engaged, he would frequently say, “This will be yours one day.” That thought kept him going.

When the decision was made to allow the three sons to run it equally, understandably, there was some resentment on Eric’s part. Having been the object of his father’s scrutiny and criticism for many years, he is now taking it out on his younger brothers, who he feels have not paid their dues.

The younger brothers are at first defensive, which turns to resentment over time, often resulting in stonewalling behavior, creating an imbalance that spills over into all aspects of business operations.

So, what went wrong?

Markson Sr.’s idea to bring the brothers together was not a bad one. On paper, at least, the three have complementary skills, and between them, they’ve got what it takes for the business to thrive.

What they ended up with was one brother who felt like he was owed something for all his sweat equity and two younger brothers who, for all their talents, didn’t have much skin in the family legacy.

Without leadership and guidance, the brothers defaulted to what they knew how to do. For the sake of their mother and out of loyalty to their father, they are all trying to make it work, but with conflicting ideas about whose way was the best, there is no chance for progress.

Unless they can look beyond the jealousy, the rage, the guilt, and their own egos, there won’t be much left to fight over.

While it’s too late to change what’s already happened, there is a way forward. It will take some work, but it’s possible. If you want to improve your family business, it’s never too late. Reach out today to set up a call. I’d love to learn more about your situation and show you how I can help.