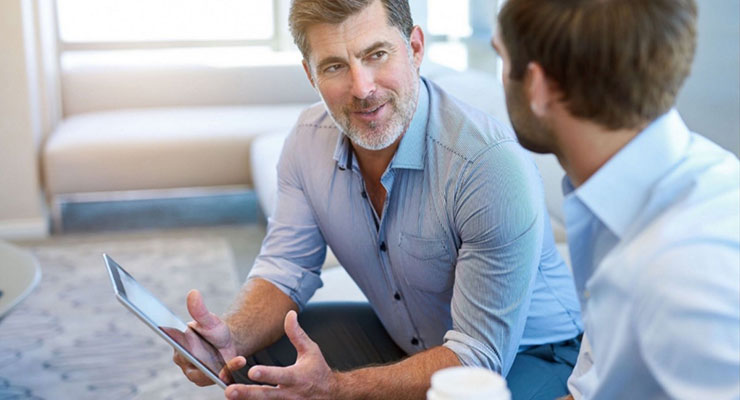 Make sure the company is in good hands when you’re ready to pass your business to a successor.

How much time and preparation does it take for business mentoring?

Leadership changes affect everyone in your company. When you’re ready to move on and hand the company over to your chosen successor, it’s important to plan enough for a successful transition of power. You must be sure your successor is ready to fill your shoes and that your other employees are prepared to accept their new leader.

For these reasons, developing a succession plan is essential. If you leave too early, it becomes very challenging for your successor or the company to flourish.

Here’s how to plan a successful and harmonious business mentoring leadership transition.

A key consideration when choosing the next person to lead your business is the expectations of the staff you’ll be leaving behind. Your choice should make clear and obvious sense to most of the people s/he will be working with that s/he will taking over the business.

Strive for “virtual consensus.” The vast majority of the people involved should be ready to acknowledge your successor as the apparent new leader. That doesn’t mean 51% of the staff is in their corner, but almost everyone. Enough people must see the choice as correct that there’s no chance of mutiny as soon as you leave the picture.

You’ll have to observe other employees and speak with them to see how much confidence they have in your choice. It may not be correct to ask whether or not they support your decision directly, but by actively watching and listening, you can learn a lot about how other stakeholders feel about your choice.

How long should this process take? It depends.

For a small company with only a few dozen employees and one department, you could complete the transition in about six months.

If you’re a larger business with numerous departments, however, you may need two or three years to make sure your successor is ready to run things on a full-time basis.

Building a knowledge base and a power base

You want to ensure that your successor has the trust and respect of most employees, and also that s/he is ready for the job. On top of that, however, you have to keep an eye on other employees who might have wanted the position and now feel passed over.

Backstabbing can happen when companies go through transitional periods because those who aren’t receiving the reigns may feel jealousy or resentment. This situation can sabotage certain aspects of the business and cause lasting damage if left unchecked. There’s no guarantee that you’ll run into this scenario, but it’s something you should guard against in your plan to pass the torch.

You also need to wait until your successor has at least a basic understanding of every division in the company. Think of it like the host at a restaurant: If the host doesn’t understand the jobs of the cooks, waitstaff, and bussers, it’s difficult to know how long everything takes and how to manage the guests. Before your successor can take over as the business leader, they must understand how the pieces of the business mesh together to make everything work.

An example of a long-term exit that worked

One example I’ve seen of a long-term and successful transition comes from the publishing industry. This company had been run by the founder and his son for many decades. The son was ready to move on, and he determined that the next CEO would be a group president who’d been with the company his whole career.

This employee had been with the publisher for 30 years and had good relationships throughout the company. He started in sales, had great success on the flagship magazine and its group of publications, and moved up to VP and then group president.

The problem was that the company had six different divisions — publication groups — each with 10 to 30 employees covering entirely different industries with somewhat different business models. There was some rivalry between groups, and other leaders could make the promotion difficult if there weren’t a virtual consensus that this was the right guy for the job.

Because the organization was so diverse, there was a lot for the prospective CEO to learn before he was ready to take over.

So, before they announced who the successor was, the prospective CEO left his group and began a working tour of the other groups. In each one he worked as the right hand of that group’s leader for three to six months. In that time, he showed them that he could help win new business, increase sales, and uncover new revenue opportunities.

By working in each division, he was able to learn about every business model and market the company dealt with, giving him a complete understanding of the business as a whole. More importantly, he was able to show potential rivals that they would be more successful working with him than against him.

The exiting president and owner never formally announced that this would be his replacement. But he made it clear that the tour was his idea, and that this was his guy helping everyone. Anyone paying attention understood this person was being singled out for an important role and had time to accept the idea.

It took more than two years, but when the founder’s son did step away and promote the new CEO, it was accepted as a foregone conclusion. The transition of power was more of a coronation than the competition and a bloodless one at that.

Could this transition have happened faster? Possibly, but the knowledge base and power base it built for the new CEO was invaluable in ensuring the company stayed strong as its founding family moved backstage. A few years later, the company was acquired by a larger organization, the owner received a nice cash-out, and the publications and new CEO are thriving under their new parent company.

The outgoing CEO and owner took the time to make sure his successor was in a position to succeed, and it paid off for everyone involved.

Trust your intuition and develop a plan

It might not seem like a straight answer, but you must trust your intuition when it comes to setting a transition timeline.

After all, your business is unique, and it has individual circumstances that will determine how long it takes an heir to be ready.

Once you feel the business will thrive without you, stepping away becomes easier for everyone involved.

Goldhill Group can help you put a succession plan in place that will ensure the survival and growth of your business after you move on. Book your free strategy session, and we’ll speak about how you can create a succession plan that works for you.