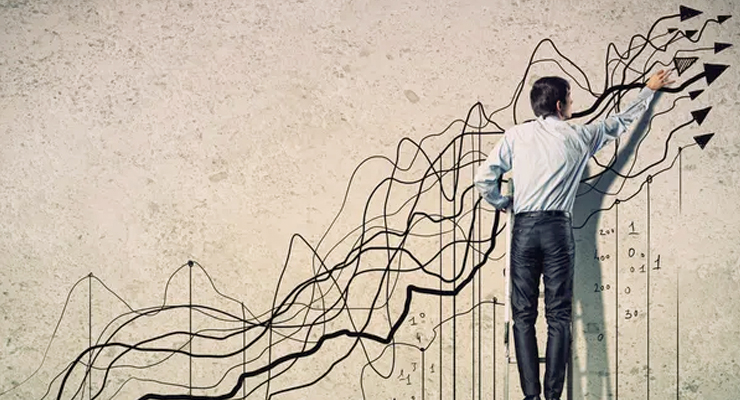 Taking over the leadership position of your family business can be exciting and scary at the same time. The months or years leading up to this change in power can be calm, contentious or both.

Recently I was coaching a family business where the father was passing the leadership torch to his two sons. What was calm with one son, was contentious with his other. I tried to get communication to flow between the second son and father, but no matter how much I tried, it just wasn’t coming easy to them. So, after another blowout, the second son decided he needed to make a change and find a place where he felt more valued and appreciated. So, he gave his 30 days’ notice and left the business and took a break from the family too. The father was undoubtedly disappointed, but also felt relieved. He put his trust in the son he had an easy-going relationship with and is instilling confidence in him that will pay dividends for years to come.

When I’m involved in a business transition, an important question I will ask the departing leader is, “How will your current team be impacted by your departure?” You’re leaving, the rest of your team is staying, what does that mean for them and the overall functioning of the business? Similarly, I’m also asking the next generation leader, how will the team respond to you as their new leader? And, how will you make it easy for them to trust your leadership?

Even though succession planning for family owned business is important, USA TODAY reports that 58% of small businesses have no succession plan. Reasons range from feeling the transition is too far in the future (44%) to being too busy to do the planning (42%). But successful leaders — especially business owners — are instrumental in selecting and preparing their successors. If you want the person taking over for you to succeed, they have to know what you know.

Who can fill your shoes?

A recent PwC survey says that only 23% of family-owned firms have a formal succession plan in place. It’s a scary statistic, somewhat balanced by another survey finding that at least 58% have thought about succession and have informal plans.

This can put you in a dangerous position if something unexpected happens. Your best hope may be to rely on a family member who’s capable of quickly stepping up and assuming leadership responsibility. That was the case for Michael Plummer, Jr., who took over the business his father had started after a major heart attack unexpectedly took the founder’s life. The story was chronicled in this fascinating Inc. Magazine article. But what if there hadn’t been a Michael there to take over?

My takeaway is that, as a leader, you have information ranging from sensitive financial figures to practical advice. The more of that information and advice you can share with your successor, the easier their job will be.

When you’re deciding which of the thousands of things you’ve learned running the company to pass on, remember that the most valuable information goes beyond standard operating procedures.

Move past the how and the what to focus on why the company does the things it does. It’s human nature to want to jump into the details, but some of the most important information you can share with a leadership successor is your perspective on the company’s purpose i.e., Why is the organization collectively striving for a goal? Simon Sinek said it so well in his book Start with Why: How Great Leaders Inspire Everyone to Take Action, “People don’t buy what you do; they buy why you do it. And what you do simply proves what you believe”.

It’s never too early to make a plan

Thinking through who might take over the business might begin the day you assume your position. Handing over leadership or ownership should be a planned activity, and yet nearly 60 percent of small businesses don’t have that plan in place. What if something unexpected happens?

Successions optimally should happen according to a plan. If you leave tomorrow and don’t come back, there should be mechanisms in place to make sure the business continues without a hitch. This can only happen if you approach your job with the ending in mind. If you do that, you’ll be comfortably prepared to transition the business to a successor when the time comes.

IBM CEO Virginia M. Rometty says her succession to the top spot in 2012 was part of internal succession planning that started in 1981.

Barneys New York luxury retailer Daniella Vitale assumed the CEO role from Mark Lee. The transition was a documented five-year plan that saw Vitale assume various roles, so she had experience in nearly every facet of the operation.

While I imagine most of you think succession planning for family owned business is something only larger companies do, over my 30 years of consulting I have been contacted numerous times about helping a widow whose spouse suddenly passed away. And, I have worked with many family businesses who are passing the torch more planned.

While you don’t need a formal written plan, you do need to have communicated clearly what the business will look like after the transition. And, the most important thing you can leave your successor is a strong foundation and instill confidence in them. It’s something you can achieve by bringing in a business coach who can help you talk through what’s needed to drive more value in the business and what will keep the business you built running strong after you’ve left. Moving on is the final step, but you should take that step from a firm foundation. And remember: A foundation is the first thing you build.

Are you ready to exit your business? We can help you prepare, whether the plan is to sell it to a new owner or pass it to the next generation.